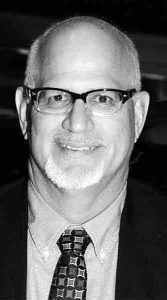 Benny Barnett has been named as the new principal of Northside ISD.

Barnett succeeds Molly Lemon, who resigned to accept a position as first grade teacher at McCord Elementary School in Vernon.

Barnett was raised in Sentinel, Okla., where he graduated from Sentinel High School.  He received a Bachelor’s of Arts in Education in 1985 and a Masters in Counseling in 1997 from Southwestern Oklahoma State Univ. in Weatherford.  He has been in education for 34 years, with his first 17 years as teacher/coach at Verden, Chattanooga, Hobart, Okla., and Lancaster, Calif., and the final half having been in administration at Hobart, Sentinel, and Lone Wolf, Okla. and at Fort Elliott ISD near Wheeler, Texas.

Barnett and his wife, Carol have six children between them and five grandchildren.  He particularly enjoys attending sporting events and being in the outdoors.

Barnett said he is really excited and looking forward to being the principal at Northside ISD.