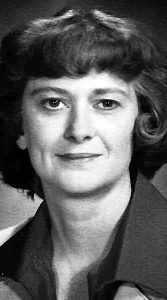 On Aug. 26, 2020, Clara Ruth Jones Brown went home to our Heavenly Father. She was deeply loved by her family, friends, and the community. Clara was born on June 18, 1932 in Dumas, Texas to Edgar James Jones and Bernice Snell Jones.She was preceded in death by her parents, Edgar and Bernice; her husband Jack Winstead Brown; her sisters, Joyce Jones Williams and Norma Jones Lee; a brother, James Newlyn Jones, who died at the tender age of one, in 1935, and brother, Vernon Jones.She is survived by her three children, Ruth Brown Mescall, Jacquelyn Brown Richey and husband Al, and William (Billy) Brown and wife Stacy; her grandchildren, Alexander Winstead Mescall, Meagan Mescall Kenyon and husband Dan of Ohio, Rachel Ruth Mescall of Austin, Cathryn Taylor (Grace) Mescall of Austin, and Thomas Mescall and wife Annie of Houston, Sam Richey and Clair Richey, both of Houston, and Brisa Brown Cabe and husband Forrest of Lubbock, and Brandel Brown of Whiteface; and her great grandchildren Nehemiah, Evelyn, and Eloise Kenyon of Ohio, and Easton, Liam, and Chloe Olivia Mescall of Houston.When Clara was nine years old, her family moved to Truscott, Texas, where they eventually built a home and farmed and ranched. During the latter part of the Great Depression, she helped her mother sell eggs door to door. She told her children that she used to get so upset when someone wouldn’t buy eggs from her mother! Her family was ahead of its time in being ‘green’ in that they had a wind charger to give them some electricity. She said it was much better than kerosene lights, but didn’t always produce. The more things change, the more they stay the same.She started school in Truscott and eventually went to Crowell High School. She enjoyed an active social life and was instrumental in starting up the sub-deb club, a girl’s club that consisted of parties and campouts with local girls. She met herhusband, Jack Brown, at a party held at the Truscott Golf Club where Jack was working as a caddy.Clara was a lifelong historian and writer. She wrote articles for all of the area newspapers and for historical journals. Sheattended Texas Women’s University until her marriage and then stayed home to raise her three children and help with the farming and ranching business. She later fi nished college and got her teaching certifi cate from Midwestern State University where she carpooled with Margaret Daniel. She led a Camp Fire Girls group for her daughters and helped with Cub Scouts for her son. The Camp Fire Girls will forever remember putting a water bucket down a water well only to pull up a very wet rat. They all just drank sodas that night. With the Cub Scouts she had just had to endure their attempts to “cure” hides. Apparently, it’s harder than it looks.She was more well known for her writing than her cooking, but could always make wonderful red beans and her “pink stuff” desert – lots of cream whip was involved – was served at all of the “Granmaw’s” country dinners at the community center. Her husband told her that they raised wheat and beef so that is what they would eat! So, fl our tortillas, and absolutely no chicken, made up the family diet.Clara was president of the Foard County Library, spent may years manning the voting table in Truscott, and was a very active participant in the Truscott Sunday dinners which for years were sold to the public as a way or earning money to keep the community building going. The money also went to put the wonderful mural on the side of the building which depicted “Between the Wichitas” which was also the title of the Truscott history book. This book was a massive project participated in by almost everyone in the community. Clara’s children were unpaid helpers for years! The money from the proceeds was used to help keep up the community center.Clara was also instrumental in making her dream, a country museum, possible. She spent years obtaining grants and writing letters to help make the museum a reality. She also never forgot all of the county veterans and spearheaded the Veteran’s Memorial Park in Benjamin.But her grandchildren will always remember “losing” Grandmother every single time they went to a mall in Houston. This was before cell phones became popular, so even walkie-talkies were used -they didn’t work! They also have a mental picture of their Grandmother holding up her hand to stop traffi c when she would usher them back and forth in the Walmart parking lot. For some reason it always worked for her.Clara was a lifelong Christian and member of the Church of Christ. Growing up, her parents hosted the preacher and family at Sunday dinners, which almost always included her extended family and fried chicken. When the Truscott Church of Christ was dissolved, she became a member of the Crowell Church of Christ, and remained so until her death.Funeral services were held at the graveside at the Truscott cemetery, under the direction of Smith Funeral Home of Crowell. No formal ceremony was held at the church because of the coronavirus. Larry Ellis of Crowell Church of Christ offi ciated. Clara was buried in the Jones family plot of the Truscott Cemetery along with generations of those in the Jones and Brown families. Clara was a staunch supporter of the Truscott Cemetery and a long-time member of its board.We love you so much mother and miss you, but know you are singing with the angels – even if you are a little off-key.In lieu of fl owers, the family requests that donations be made to: Tipton Children’s Home, PO Box 370, Tipton, Oklahoma 73750; Wichita Brazos Museum, 200 E. Hay Street, Benjamin, Texas 79505; or the Truscott Cemetery Association, 5421 Sturridge, Houston, Texas 77056.