Carl Henry Craighead was born July 28, 1934 in Ardmore, Okla. to RJ and Louise Craighead. They moved to Electra, Tx. in the 1940s and then to Oklaunion where he graduated from Oklaunion High School in 1952. He married Nancy Green in 1953 at Rock Crossing Baptist Church on a Sunday night after services. He received his und 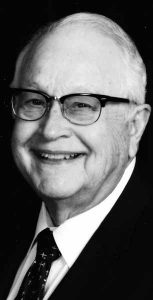 ergraduate and Master’s degrees from Midwestern State University. Mr. Craighead worked nights, went to school during the day and began teaching and coaching at Harrold, Tx. in 1955. Their son, Stephen Carl, was born in Vernon in 1957. Their daughter, Drucilla Ann, was born while he was teaching and coaching at Northside High School in 1958. Mr. Craighead became Principal and then Superintendent at Northside School at the age of 25. Ernest Jay joined the family in 1963 before moving to Lewisville in 1966. He served as Superintendent at Lewisville, Mineral Wells, and returned to Northside in 1972 before becoming the Education Director at Texas Youth Commission Campus. Continuing his own education, he earned his Doctor of Education from North Texas University in 1972 and returned to Northside School as the Principal, Interim Superintendent and then Superintendent. Now, Dr. Craighead became the Superintendent at Booker Texas Schools from 1980 to 1989 leaving to assume the Director of Federal Funding for Morton Schools and then Superintendent until 2000. Mrs. Craighead died suddenly while living in Morton and the next year Dr. Craighead returned to Vernon.Dr. Craighead continued to be involved in school administration by serving as interim Superintendent at Crowell and Chillicothe Schools. He was a member of the Lions and Kiwanis Clubs in all the towns where he lived. He was the Director of his Sunday School Department, a loyal member of the Seekers Sunday School Class, and served as a Deacon at First Baptist Church, Vernon. That is where he met and then married Frances Pierce in 2001 and they enjoyed travel, family, and church activities until her death in 2018. While Dr. Craighead was always the Administrator and didn’t let his students forget it, he was one of the kindest, most compassionate, generous of men. When one of his students needed a home, he and Nancy took him in and called him “family” so he could finish high school. He always recognized his students and was complimentary of their achievements, no matter how much time had passed since they had been together. Dr Craighead worked diligently and tirelessly for each school district, writing grant proposals in unairconditioned school buildings on hot summer days so that they could procure funding. Dr. Craighead leaves a loving family; Stephen and Kathy Craighead, Odell Tx.; Drucy and Dan Cockrell, Higgins Tx.; grandsons Chase Craighead; Caul Craighead and wife Taylor and great -grandchildren John Crawford and Mary Carlisle, all of Vernon Tx.; Clint and wife Jordan Cockrell, and great-grandchildren Mae, Creed, and Heath of Canadian, Tx; Clay and wife Samantha Cockrell, great-grandchildren Claire, Colton, and Ava of Canadian, Tx.; Ty Cockrell of Higgins, Tx.; special son Teddy and Cindy Henderson, Vernon Tx., stepchildren Kathy and Sonny Coffee, Ty and Ellen Coffee, Kate, Reid, and Abby all of Vernon; Casey and Joe Burns, Barrett and Blakely, Canyon, Tx.; and Jay’s special friend Lynette Banks, Vernon, Tx. Surviving siblings are sisters Cleta Foster, Jean Smith, both of San Antonio, Tx., brothers Colonel and Kathy Craighead, Leander, Tx.; Jackie and Judy Craighead, Vernon, Tx.; and other cousins, nieces and nephews. Services were Tuesday, July 19, 2022 at 10 a.m. at First Baptist Church with Dr. Derrell Monday officiating. Interment was held at Wilbarger Memorial Park under the direction of Sullivan Funeral Home.Visitation was Monday, July 18, 2022 at 6 p.m. to 8 p.m. at Sullivan Funeral Home.Memorials can be made to Carl & Nancy Craighead Scholarship Fund at Vernon College or First Baptist Church, Vernon. 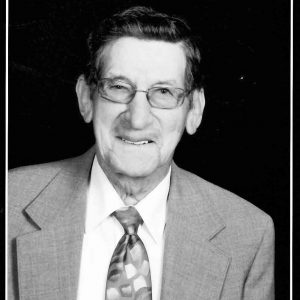