Rev. Alton Hickey Sr, entered the gates of Heaven to a grand celebration on Saturday Nov. 3.

Alton was born on Dec. 5, 1934 to Kurby “Pink” Hickey and Sallie Ellison Hickey in Vernon, Texas. He married Maggie Flois Mitchell on June 15, 1954. He was an ordained Free Will Baptist minister for 62 years. He pastored churches in Vernon, Texas, Henderson Texas, Fort Worth, Texas and Hobbs, N.M. He also worked at Vernon Manufacturing Co., North Texas State Hospital, and was the owner of Hickeys Janitorial Service and owned The Place, a furniture store in Vernon for many years. 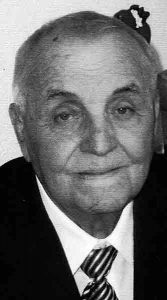 by one sister Zelta Renfro.

He was a wonderful husband, daddy, grandpa, papa, uncle, cousin, and friend to all who knew him. He will be greatly missed, and we look forward to that grand reunion someday in the sky.

Services will be Thursday Nov. 8 at 2 p.m. at Sullivan Funeral Home Chapel officiated by Rev. Gene Krieg of Fort Worth and Rev. Joe Ainswortth of Electra, Texas. Interment will be held at Eastview Cemetery under the direction of Sullivan Funeral Home. Visitation will be Wednesday from 6 to 8 p.m. at the funeral home.

Memorials can be made to Wounded Warrior Project.