Marion was born Friday, Nov. 7, 1927 in Truscott, Texas. He was the son of the late Wylie Marion Hord and the late Vera Stella Traweek Hord. He married Bettye Smith on Dec. 6, 1947 in Truscott, Texas. She preceded him in death on Dec. 31, 2013. He worked in Truscott, Dublin, and Cisco for Humble Oil Co. He then went to Pampa to work for Celenese Chemical Co. They later moved to Knox City when he retired, then in 1991 they moved to Vernon where they lived out the remainder of their lives, he worked at Sullivan Funeral Home during his time in Vernon. He was a member of Western Trail Cowboy Church. He was also a 32nd Degree Mason.

He was preceded in death by his wife Bettye Hord, his parents, and five brothers.

Family visitation will be Wednesday 1p.m. to 2 p.m. before service time at Sullivan Funeral Home.

Memorials can be made to Cal Farley Boys Ranch. 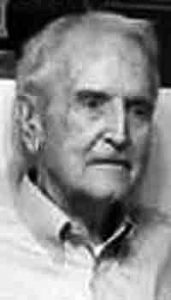