She will always be remembered as a loving daughter, mother, aunt, grandmother, and friend to all who knew and loved her. She was born on June 2, 1943 in Paris, Texas to Ernest and Lorene Rogers. Growing up, Sue liked to go to her parents’ restaurant, the Suzie Q, a mainstay in Vernon. She graduated from Vernon High School. She attended University of Texas in Austin, where she was dorm-mates with Lynda Bird Johnson, and she remembered when the Secret Service came to protect Lynda Bird following the Kennedy assassination.

During college, she became involved in the Campus Crusade for Christ, where she became a lifelong believer.

Sue had two children: Wes, a Naval Officer, and Piper, who passed in 2010. She is also survived by two grandchildren, Wade and Cort.

Sue passed away on Dec. 6, 2019. She was preceded in death by her parents, Ernest and Lorene, her brother Jim, and her sister Ernestine.

A graveside service was held at 3 p.m. on Saturday, Dec. 15 at Bluebonnet Hills Memorial Park Cemetery.

In lieu of flowers, memorial contributions may be made to Grace Grapevine. Online condolences may be made by visiting www.bluebonnethills.com 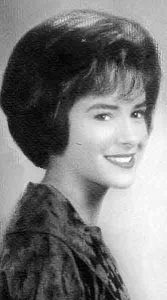