A private family burial will be held at Eastview Cemetery under the direction of Sullivan Funeral Home. A memorial service will be held Saturday Dec. 29, 2018 at 2 p.m. at the First Baptist Church with Rev. Gib Baskerville officiating. The family will be at 3820 Texas St.

Loura Ferne Nowlin was born October 3, 1917 in Armstrong County near Claude, Texas. She was the daughter of the late Loura Speer Brian and P.K. Brian, Sr., early settlers of the Texas Panhandle.

As a small child Ferne moved with her family to Canyon, Texas for her older siblings to have better schools and educational opportunities. She graduated from Canyon High School in 1934. In high school her favorite activity was debate and she was a member of the girl’s debate team for three years and often said that participation was a tremendous help in later years.

After graduation from West Texas State University she taught school in Valley Mills, Texas and met her husband the late C.V. Nowlin, the day she applied for her job.

They were married on Thanksgiving Day in 1939 and in August 1940 moved to Vernon for Mr. Nowlin to open an area office for a cotton firm headquartered in Memphis, Tenn.

Loura Ferne has been a member of the First Baptist Church since 1941. She was an active member of the Bethany Sunday School Class as well as a member of the WMU and Round Table serving as secretary of both organizations for over 35 years.

She joined the Yamparika Club in 1943 and was an active member until her health declined in recent years. Other organizations she enjoyed were the Musician’s Club, the American Association of University Women and the Women’s Forum.

Ferne enjoyed Valley Mills, Texas where she first taught school and where her husband’s family was from because of that she became a charter member of the Bosque Valley Heritage Society.

She was preceded in death by her parents, and her dear husband, C.V. Nowlin of 52 years. Loura Ferne was the last of her large family of five brothers and four sisters.

In the past six years Hospital Home Health has offered wonderful assistance in her care. Nurses Megan, Ashley and Jamie have given Ferne and family loving support.

The family is forever grateful to Doreen Lawson, Elida Espinosa, Diana Negrete and Mary Clement, Lupi Turnaville and Mary Gaines special caregivers that have given our mother comfort these past several years.

In the past two weeks Hospice of Wichita Falls has given great service and support for her end of life needs.

We also want to recognize Wilmer Shepherd and Marshall White, her devoted gardeners and helpers for many years and our mother would not want us to forget to mention her special friend and housekeeper for over 30 years, Helen Tucker.

Family came first to Ferne and Christmas was always special time for her so it is very fitting that she would go home to be with her Savior at this time. 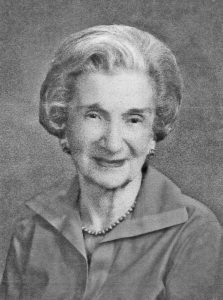