Chris graduated from Vernon High School, St. John’s College in Winfield, Kansas, and Baylor University in Waco, Texas.  On Oct. 25, 1959, he married Carleta A. Perry.  He served in the National Guard.

Chris owned Krebs Motor Company in Vernon, Texas, and co-owned the Farmers Valley Cotton Gin with his father and brother-in-law. He was a member of the Santa Rosa Palomino Club in Vernon. In 1989 Chris moved to Eatonville, Washington, where he owned the Eatonville Sears, Roebuck and Co. store. Chris moved to Hamilton, Montana, in 1993. He managed the Bitterroot Manor in Hamilton.

Chris was preceded in death by his wife, Carleta, son David and two sisters, Eddie Lou Graf and Anna Marie Graham.  He is survived by his son and daughter-in-law, Robert and Angela Krebs, and their three children, Rebecca, Daniel and Joshua.

Private family interment will take place in Riverview Cemetery in Hamilton.  Condolences may be left for the family at www.dalyleachchapel.com. 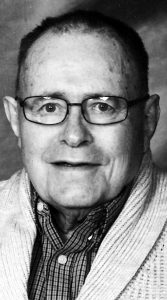