Services will be Tuesday, Jan. 29, 2019 at 2 p.m. at First Baptist Church in Vernon, Texas under the direction of Sullivan Funeral Home. Officiating will be Rev. Gib Baskerville.

Robert was born Friday, Jan. 6, 1950 in Ballinger, Texas. He was the son of the late Redd (Tom) Pierce and the late Alvada McCauley Pierce. He married LaQuitta Spivey on Oct. 14, 1971. He was a Boy Scout leader to his sons, and he coached little league baseball, soccer and basketball. He was a volunteer firefighter for eight years and then became a fulltime firefighter for Vernon Fire Dept. for 23 years. After he retired, he enjoyed spending time with his grandchildren and great-grandchildren.

He was preceded in death by his parents, one brother Roger Brunson and two great-. grandchildren.

There will be a visitation following service in the Fellowship Hall at the church.

Memorials can be made to the Vernon Fire Dept., or Quanah Fire Dept. 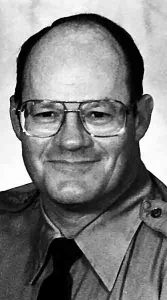