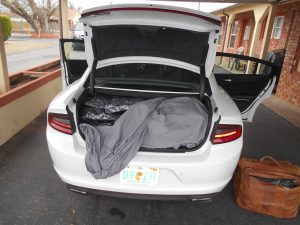 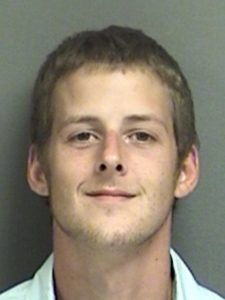 Emory Tyler Barton was convicted of the crime by a jury in 46th District Court in connection with an incident that occurred nearly a year ago. On March 27, 2018, a Texas Department of Public Safety trooper stopped a vehicle driven by Barton for a traffic violation on Wilbarger Street in Vernon. The trooper had initially observed Barton driving south on U.S. 287 in tandem with another vehicle.
The trooper followed Barton into Vernon where he observed Barton commit a traffic violation. During the course of the stop, the trooper noted several indications of criminal activity.
Barton told the trooper that he had rented the vehicle in Georgia just a few days before and had driven to Arizona to see his ex-wife. According to Barton, he had spent just two days in Arizona and was now returning back to Georgia. When the trooper asked Barton what city he had visited in Arizona, Barton replied that he did not remember the name. The rental vehicle was also missing all of the stickers indicating that it was a rental vehicle and Barton had placed a Icthys (Jesus fish) on the rear bumper.
According to the trooper’s testimony at trial, it is a common tactic among traffickers to attempt to “personalize” a rental car. During the course of the stop, the trooper asked for consent to search the vehicle and Barton denied the request.
A K-9 unit was called to perform a free air sniff around the vehicle. The K-9 positively alerted to the presence of narcotics. A subsequent search of the vehicle yielded a large quantity of marijuana. Over 100 vacuum sealed packages were recovered from inside the trunk and two large suitcases in the backseat.
A lab analysis of 60 of the vacuum sealed packages showed that they contained 73 pounds of marijuana.
The case was prosecuted by Heatly while Barton was represented by Leah Housler of Amarillo and Stephanie May of San Angelo. District Judge Dan Mike Bird presided over the proceedings.