Lawton High School in its first game of the Altus Tournament late Thursday night and defeated the Wolverines 10-1 in five innings.
Ashton Durham pitched all five with two strikeouts. Two hits each were recorded by Tyler Reeves, Jacob Boatman and Joseph Boone, followed by one it each from Garrett Pierce, Marc Rodriguez, and Jace Smithson. Boatman had three RBIs followed by two from Rodriguez and one each from Reeves, Landry Gonzales, Boone and Wade Whatley.
The Lions were scheduled to play Altus in the tournament Friday which would determine their next game.
Altus Tournament
Thursday, March 14
VERNON 0 0 3 0 7 – 10
LAWTON 0 0 0 0 1 – 1 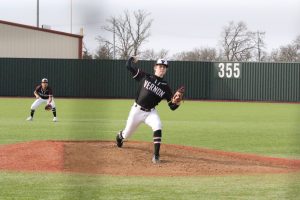 Vernon’s Ashton Durham prepares to pitch for the Lions during a recent baseball game. The Lions played their first game in the Altus Tournament on Thursday during which they defeated the Lawton High School Wolverines 10-1 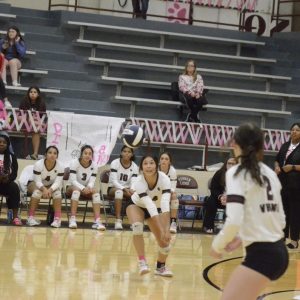