Keith Earthman, 78, passed away on April 3, 2019 in Olive Branch, Miss. Keith was born on Aug. 24, 1940 in Thalia, Texas and graduated from Vernon High School, where he was loved and respected by his classmates.

Following graduation from Texas Tech University in 1967, he spent 40 years working in the over-the-road freight industry as a local and regional manager in Texas, North Carolina and Tennessee, while enjoying baseball and fishing during his free time. 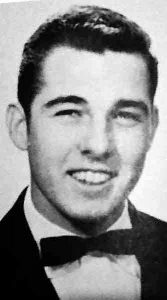