Barbara Sobek Lee, 86, of Charles Town died Tuesday, May 21, 2019 at the Hospice of the Panhandle Inpatient Facility, Kearneysville.

Mrs. Lee retired after 20 years with the Vernon, Texas State Hospital as a Forensic Psychologist and also served as Program Director.

She was of the Catholic faith.

She received her Master’s Degree in Psychology from Missouri State University and was a member DAR.

In addition to her parents she was preceded in death by her husband, Dr. Robert Charles Lee, who died Aug. 31, 1996.

Friends will be received at a later date.

Memorial contributions may be made to the Jefferson County relay for Life, c/o Patricia Ott, 145 Donald Drive, Charles Town, WV 25414.

Please sign the online guestbook and view her obituary at www.mtstrider.com. 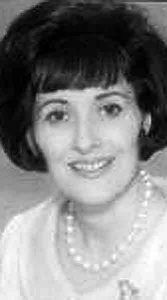