Visitation with the family was held from 6 until 8, Wednesday evening, at the Galbreaith -Pickard Funeral Chapel.  Funeral services celebrating with her life were held at 11 a.m., Thursday, at the funeral home.  Burial followed at Annetta Cemetery.

Juanita was born on Nov. 26, 1952, in Vernon, Texas to Kirby and Virginia Chism.  She married David Cape on March 29, 1968 and together had four daughters. She enjoyed ‘Ladies Night’ with her sisters and family.  Juanita was a person of deep religious faith who was always willing to give forgiveness and godly example.  Most of all, Juanita will be affectionately remembered for time spent with her beloved family.

In addition to her parents, Juanita was preceded in death by her husband, David and by her brother, Jerry Grammer. 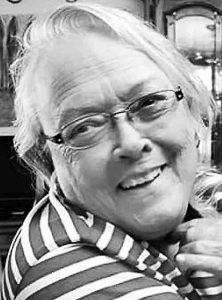