Catherine “Cathy” Guerra, 66 of Vernon, Texas died on Saturday, Dec. 14, 2019, in Dallas, Texas.Memorial service will be held Monday, Dec. 30, 2019 at 10 a.m., at Sullivan Funeral Home Chapel under the direction of Sullivan Funeral Home. Offi ciating will be Donavan Wilkinson.Cathy was born Tuesday, Dec. 16, 1952 in Vernon, Texas. She was the daughter of the late Wiley Nathan Jolly and the late Zula Britt Jolly. She was retired from the City of Vernon, and she was a tax preparer for H & R Block. She was a member of the VFW.Cathy is survived by her children Nathan King and wife Tina of Springtown, Texas, Codi Brannon and husband Josh of Burkburnett, Texas, Rocky Guerra and wife Vanessa of Portland, Texas, Tina Hill and husband David of Keller, Texas, and Mike Simpson and wife Kim of Merkel, Texas; three sisters, Trina Connery, Karen Britt and Barbara Rosalez; 17 grandchildren and 10 great-grandchildren. She was preceded in death by her daughter Latisha 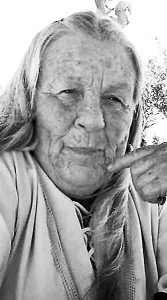 Guerra.Online condolences may be made to the family at www.sullivanfuneralhomevernon.com.