Lisa Kay Oliver, 54 of Vernon, Texas died on Tuesday, Dec. 31, 2019, in Wichita Falls, Texas.Graveside services were held Friday, Jan. 3, 2020 at 3 p.m. at Gilliland Cemetery under the direction of Sullivan Funeral Home.Lisa was born Sunday, Jan. 3, 1965 in Vernon, Texas. She was the daughter of Kay Williams Ledbetter and the late Larry Mayberry. She married Kerry Oliver on Dec. 25, 2019 in Wichita Falls, Texas. She worked for Levi Co., and Toyota Co. She enjoyed riding with her husband on his truck. She was a Baptist and a homemaker.Lisa is survived by her husband Kerry Oliver of the home; her mother Kay Ledbetter of Wichita Falls, Texas, her son Jacob Daniel McBride of Wichita Falls, Texas; three brothers, Dennis Mayberry of Chillicothe, Texas, Wayne Mayberry of Oklahoma City, Okla., and Phillip Mayberry of Aledo, Texas, and several nieces and nephews.She is preceded in death by a brother Kenneth Mayberry in 1960.Memorials can be made to St. Jude’s Chil 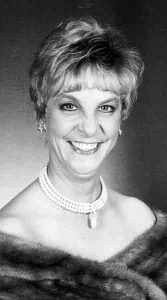 dren Hospital.Online condolences may be made to the family at www.sullivanfuneralhomevernon.com.