Nathan Lee Shack passed away Feb. 10, 2020 in Wichita Falls, Texas. A memorial service will be held at 3 p.m., Sunday, Feb. 16, 2020 at the First United Methodist Church in Graham. McMillan-Satterwhite Funeral Home is in charge of arrangements.Nathan was born July 8, 1926 and grew up in Wilbarger County. He served in the US Army in the Pacifi c theater in World War II. Nathan was a 38-year member of The Graham Lions Club which he joined in 1981 and was president 1988-89. He remained an active member. He was active in many aspects of Graham serving on many committees and boards. He was a rancher, highway contractor, and partner in Black Shack Enterprises which owned and operated Ray Black Ford in Graham and was a long-time member of the First United Methodist Church in Graham.Survivors include two sons, Dr. Bruce Shack and wife Wanda of Chattanooga, Tenn., and Jamye Rogers and wife Trish of Graham; two daughters, Terri Weaver and Greg of Vernon and Janan Burch and husband Lee of Graham; eight grandchildren, 23 great- grandchildren and one great-great-grandson. Nathan was preceded in death by his wife, Joy Shack and by a sister and two brothers.In memory of Nathan, memorials may be made to the First United Methodist Ch 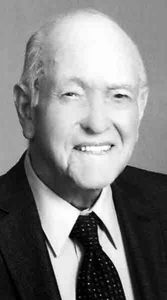