Elton Erwin Zoch, 93 of the Elliott Community went to be with his Lord Jesus Christ on March 5, 2020 in Vernon, Texas.Elton was born Feb. 5, 1927 in Wilbarger County, Texas. He was the son of the late Karl Zoch and the late Lydia Reinhardt Zoch. He married Edna Reinisch in 1968 and was a lifetime resident of Wilbarger County. She preceded him in death in 2016 after 48 years of marriage. Elton was a devoted husband, an active member of Immanuel Lutheran Church of Harrold, a farmer in the Elliott Community, and was active in various agricultural organizations, serving on the boards of directors of many of these entities. He was a veteran of the United States Army Air Corp and was honorably discharged with the rank of Sergeant in December, 1946. Throughout his life, his Lord and his family took precedence over every other endeavor.He is survived by two sisters: Erna Kuskie of Altus, Okla. and Edna Lange of Hudson, Colo. He is also survived by his three step-children: Sandra Reinisch Underwood and husband Ronnie Underwood of Lewisville, Texas, Glenda Reinisch Gage and husband Nickie Gage of Vernon, Texas, and Ronnie Reinisch and wife Lee Moseley Reinisch of Brady, Texas, along with numerous nieces, nephews, step-grandchildren and great-grandchildren.Funeral services were held on Tuesday, March 10, 2020 at 10 a.m. at Sullivan Funeral Home Chapel with Pastor Steve Brummett offi ciating. Interment was held at Wilbarger Memorial Park under the direction of Sullivan Funeral Home.Memorials can be made to Immanuel Lutheran Church of Harrold. Online condolence 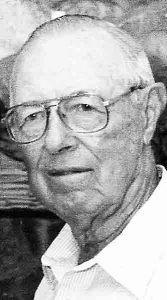 may be made to the family at www.sullivanfuneralhomevernon.com.