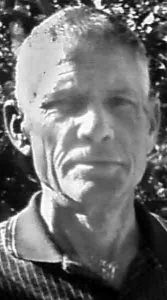 Tom Upton passed away peacefully on March 12, 2020 in Wichita Falls, Texas. He was born May 30, 1945 in Vernon. He worked for the City of Vernon, B&D Well Services of Graham, Texas, North Texas State Hospital and finally W.T. Waggoner Estate Ranch for many years and was of the Baptist faith. He was preceded in death by his parents Roy Cecil and Anna Mae Upton of Vernon, sister Janie Gillespie of Nash, Texas, brothers Leroy Eugene of Vernon, James Cecil of Mineral Wells, Texas, Roy Eugene of Graham, Texas. Survivors include three sisters, Anita Hall of Graham, Texas, Frances, Hancock and Mary Logsdon of Vernon; a twin brother, Lonnie of Graham, Texas; his ex-wife but very close friend and part-time care giver, Glenda Upton of Vernon; a son, Chris from Newalla, Okla.; three grandchildren, Summer Nicole Upton, Jake Cecil Upton, Alyssa Anne Upton; three great-grandchildren, Adley Faith Davis, Emmie Nicole Davis, Tracy Christopher Davis of Checotah, Okla. Larrie was an avid fisherman, gardener and outdoor enthusiast. His favorite trip abroad was to Pickens, Colo., with his lifelong best friend Charlie Coker where they built a log cabin. Larrie took many pictures of wildlife and the scenic setting while he was there. He truly loved the outdoors and everything about it with the exception of skeeters and buffalo gnats which annoyed him tremendously but nothing that Skin So Soft would not help with.For those who did not know Larrie well, they may say he was a loner or introvert which is far from the truth. Those closest to Larrie would say that he was a proud, kind, and compassionate man who loved his family, friends and his pets. He will be forever missed and loved. He also will live on in our hearts and memories of a man that spoke little words but left a profound impression upon all who knew him best. God speed, Larrie Tom UptonArrangements by: Ainsworth & Young Funeral Home.