Gerald Floyd Bunch (Jerry) 76, died Oct. 5, 2020 in
Vernon.
He was born Dec. 2, 1943 in Vernon to Floyd E. and
Annie Mae (Douglas) Bunch. He attended Tolbert,
Texas school until it closed in 1952 and then was part
of the 1961 Vernon class. He has been a farmer,
mechanic, welder, truck-driver, income tax preparer and
was a safety director for Dunnick Brothers Construction 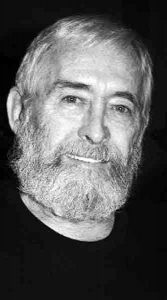 Company for many years before retirement. He was an
avid fisherman, hunter, gardener, and traveler, having
visited most of the states in the U.S.A.
Jerry was preceded in death by his parents.
Jerry is survived by one son, Russell Bunch and wife
Jennifer of Vernon; two grandchildren, Tyler of Wichita
Falls and Marleigh, who is currently in Fort Worth
attending Texas Christian University; one-greatgrandson,
Ellis. He is also survived by two sisters,
Carol Ann Norris and Judy Bunch, three brothers, Ron
Bunch, Douglas Bunch, and Robert Bunch, all of
Wilbarger County, seven nieces and nephews, and many
friends.
A private service is planned for a later date.
Memorials may be made to Hospice of Wichita Falls or American Cancer Society.