Betty Sue Martin, 92 of Vernon, Texas died on Monday, Dec. 7, 2020, in Vernon, Texas.There will be no service at this time.Betty was born Monday, Oct. 8, 1928 in Abilene, Texas. She was the daughter of the late Charles Mason and the late Ola Reed Mason. She married Wesley Martin on March 2, 1946. He preceded her in death in 196 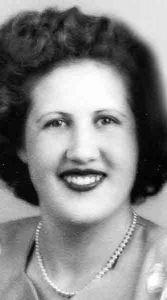 8. She was a graduate of Electra High School. In 1969 she received her Nursing Home Administer License and worked for Beverly Enterprise for thirty years before she retired in 1996, she then moved to Vernon in 2006. She was a member of Wilbarger General Hospital Auxiliary. She was a member of First Baptist Church. Betty is survived by her son, Stephen Martin of Granbury, Texas, son-in-law Gary McWilliams, grandson Randy McWilliams and great-granddaughter Olivia McWilliams. She was preceded in death by her parents, husband, and a daughter, Linda McWilliams, her brother, Harold Mason.In lieu of fl owers, memorials can be made to Women’s Auxiliary or Hospice of Wichita Falls.Family would like to thank Advance Rehab of Vernon and Hospice of Wichita Falls for the care they showed to his mother.Online condolences may be made to the family at www.sullivanfuneralhomevernon.comBetty