Marshall Pylant, 89 of Vernon, passed away Nov. 2, 2020. Marshall was born in in Fluvanna, Texas on Feb. 17, 1931. Marshall joined the United States Marine Corp in 1952 and was quickly assigned to the US Secret Service where he provided protection for Presidents Truman and Eisenhower. Marshall was a master electrician and wor 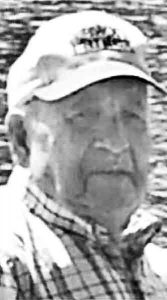 ked for years at the Goodyear Tire Company in Lawton, Okla. He retired from the City of Vernon in 1996 as the Special Services Director after 11 years of employment.Marshall married Virginia Smith Herchman in 1996. They spent much of their time in South Fork, Colo., where he enjoyed cutting wood, snowmobiling, rafting, four wheeling, and watching the wildlife and birds from the deck. Marshall is preceded in death by his parents, Raymond and Stella Pylant, his wife Virginia, sisters Kay Smith and Rena Cooley and brother Boyd Pylant.He is survived by daughter Rebecca (Mark) Terry of Abilene, sons Eddie (Rena) Pylant of Ovilla, Drew (Jennifer) Pylant of Amarillo, Michael Herchman (Stacy Quisenberry) of Vernon, Nancy Johnson (Garey Dean) of Vernon, and sister Darlene (Mike) Terry of Snyder. He is also survived by several grandchildren and great-grandchildren.Memorials can be made to service organization of choice.