Vernon is going to have its first Black city commissioner.
Early Williams III was unopposed for the open spot of Place 1 on the city commission when the filing period ended on Friday. The Place 1 seat is for a one-year term to complete the unexpired term of Justin Marsh who resigned in December.
“That’s an amazing honor, very humbling,” Williams said, of being the city’s first Black commissioner. “I’m just ready to serve. I know there have been some tensions in the city in the past, but I try to avoid conflict. I want to be the peaceable voice. If I have a platform, it is compassion and empathy and let’s communicate with each other. I want to develop a relationship with the city leaders and the other commissioners.”
Williams has served for the past six years as pastor 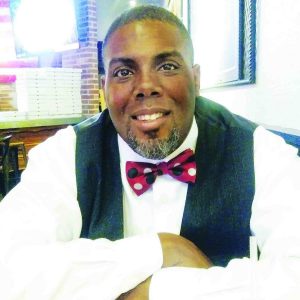 of Vernon’s New Hope Baptist Church. He and his wife, Willayna Williams, have been married for 25 years. They have two daughters, Aresha and Kimberlee.