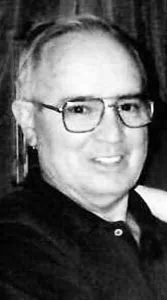 . Toby Castleberry offi ciating. Interment
was held at Eastview Cemetery under the direction of
Sullivan Funeral Home.
Wyndel was born Wednesday, April 24, 1935 in
Hollister, Okla. He was the son of the late Richard
Thomas Morton and the late Brighty Allgood Morton.
He married Florence “LaDeen” Breeze on Aug. 7, 1955
in Frederick, Okla. She preceded him in death June
20, 2003. He was a member of First Baptist Church
of Frederick, Okla. Wyndel worked for a retail bread
company in Frederick until 1971, when he went into
business with Coy Wilson and Johnny Powell as a partner
in Coy’s Discount Food. He served as assistant manager
at Frederick until moving to Vernon to open the Coy’s
Wilbarger St. store in 1973. The store was open for
44 years. Coy’s was an owned and a family-operated
business with Morton’s two sons Ronnie Morton and Robbie Morton . Later he was joined
by his daughter Rhonda Rozzell. Wyndel was former president of the Optimist Club and he
was a member of the Lions Club.
Wyndel is survived by his sons, Ronnie Morton of Vernon, Texas and Robbie Morton
of Vernon, Texas, sister, Vinita Stewart of Edmond, Okla., fi ve grandchildren Bambi
Morton Nava, and husband Clinton, Robert Morton and wife Meredith, Rance Morton
and wife Kayla, Allison Waggoner and husband Garrett, and Ashley Walser; and 11 great
grandchildren.
He is preceded in death by his daughter Rhonda Rozzell Oct. 9, 2005, sister Sue Lowe
and his twin brother Weldon Morton.
Memorials can be made to Texas Oncology or Hospice of Wichita Falls.
Online condolences may be made to the family at www.sullivanfuneralhomevernon.com.