City Manager Marty Mangum said that after years of lawsuits, a settlement had been reached in ongoing opioid litigation brought against three pharmaceutical companies. The settlement money will become available to the state on Jan. 1. The settlement allocates 70% of the money to the Texas Opioid Abatement Fund through the Texas Opioid Council, which will approve strategies for reducing opioid abuse. Texas will receive $290 million from the settlement, with 15 percent of that going to municipal governments. By agreeing to the settlement, Vernon will be eligible to receive $81,337.

Mangum said, that by agreeing to accept the funds, it will go to support strategies to fight the opioid crisis.

Commissioner Don Aydelott said he’d like to see the city try to buy another drug dog with the funds. Mangum said they could “ask the Attorney General to allow it, and see what happens”

The commission approved the budgeted purchase of a skid steer at $67,000 and a used water truck at $49,000 for the Street Department.

The commission approved the sale of tax property at 1016 Lamar Street to Gia Dickerson for $311.

The commission approved, on a motion from Dustin Fraticelli, updating the required City of Vernon Hazard Communications Program, which aims to keep employees safe in the workplace by ensuring that hazardous chemicals are labeled properly.

A public hearing was held regarding a requested zoning change for 1900 Oak Street.

An executive session was held for personnel, regarding the police department. No action was taken. 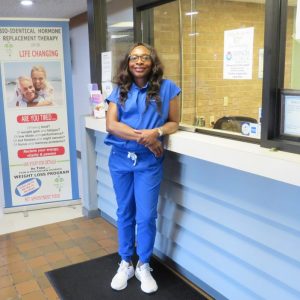 Covid numbers up in Wilbarger, down in Texas