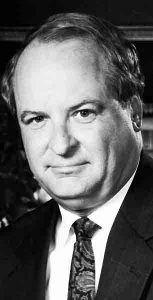 Otis Paul Smith age 74 of Vernon, Texas passed away on Tuesday, June 14, 2022 in Vernon, Texas.Services were held Friday, June 17, 2022 at 2 p.m. at First Baptist Church with Rev. Gib Baskerville officiating. Interment was held at Wilbarger Memorial Park under the direction of Sullivan Funeral Home.Otis Paul Smith was born Sept. 8, 1947 in Stamford, Texas. He was reared on Big 4 Ranch, near Truscott, Texas. He attended Crowell, Texas schools and graduated Crowell High School in 1965. Otis attended Hardin-Simmons University and he was a graduate of Dallas Institute of Mortuary Science in Dallas. He did his apprenticeship with Smith Funeral Home in Knox City, Texas and then with Elliott Funeral Home in Abilene, Texas. He purchased Poston Funeral Home in Panhandle, Texas in 1970. He operated Smith Funeral Home and Flower Shop there until 1983 when he sold and moved to Vernon, Texas and purchased Sullivan Funeral Home, Wilbarger Memorial Park and Sullivan Service Insurance in January of 1984. He opened Monarch Crematory of North Texas in 2019.He was a member of First Baptist Church of Vernon, Texas, Past President of Panhandle Funeral Directors Association, Texas Funeral Directors Association, Past President of Panhandle Chamber of Commerce, and a member of Lions International since 1970. He was on the Board of Directors of Waggoner National Bank of Vernon and he was on the Board of Directors of Vernon College. He has held a Texas Insurance License since 1968 in Group II Division, he was active in managing day to day operations of Sullivan Funeral Home, Sullivan Preneed Service, Sullivan Service Insurance Company and Monarch Crematory of North Texas, where the Mortuary accounts have grown several times over the amount, since he took over in 1984, this is a very proud accomplishment for him and the wonderful staff that he worked with at Sullivan Funeral Home. He married Vickie Lynn Counts on June 1, 1989, and he has two sons Ryan Scott Smith and wife Tricia of San Antonio, Texas, Bradley John Smith and wife Haley of Haskell, Texas, one daughter Victoria “Scobbie” Elizabeth Parmer and husband Patrick of Vernon, Texas, one brother Jim Tom “Frog” Smith and wife Jane of Panhandle, Texas. He has seven grandchildren Camden Rose Smith, Henry Otis Smith, Elizabeth Bradley Smith, Lee Chandler Smith, Morgan Zach Smith, Luke Bentley Parmer and Camila Elizabeth Parmer, three nieces and two nephews. He is preceded in death by his parents J.D. Smith and Wilsie Lee Tallant Smith, his sister and brother-in-law Bettye Jean and Marion Elgene Hord.Online condolences may be made to the family at www.sullivanfuneralhomevernon.com.