Two Vernon men were sentenced to prison during recent proceedings of the 46th Judicial District Court in Wilbarger County.
George Allen Reither, 42, of Vernon, received a sentence of three years in prison after he pleaded guilty to the charge of assault against a public servant.
On April 7, 2022, at around 2:56 p.m.Vernon police officers responded to a residence in the 2100  Olive Street in reference to a domestic disturbance. Reither was arrested at the scene.

An investigation at the scene with multiple witnesses alleged that Reither was intoxicated and had hit his elderly mother in the back of the head, pulled off her oxygen, and had pulled her off a bed onto the floor.

As officers were attempting to put Reither in the patrol unit, he bit officer Quinton Hall, the City of Vernon Police K9 handler, on the upper arm, leaving a bite mark.

“As he was being escorted to the patrol car, he bit an officer on the left shoulder, drawing blood,” Capt. Wayne Hodges said.

Reither was represented by David Rasmussen of Wichita Falls. The case was prosecuted by District Attorney Staley Heatly while District Judge Dan Mike Bird presided over the hearing and assessed the sentence. 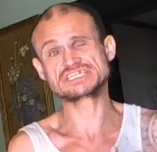