The Wilbarger County Commissioners Court met on Monday.
County Auditor Sid Beebe presented the quarterly investment report. He told the commission that there was not a lot of activity but he had reinvested some mature CDs. He said he moved some investments out of money market accounts into CDS as “they were not drawing as much” interest. Commissioner Phillip Graf made a motion to approve the report and it was unanimously approved.
A budget amendment was approved on a motion from Commissioner Kelly Joe Neel. Beebe said that one department had been allocated to much funding for group insurance and the excess was being moved to the county’s contingency fund.
Bids on two tax sale properties were approved, on a motion from Commissioner Billy Taylor. Property at 2412 Olive was sold for $102 and 1919 Bowie sold for $150. 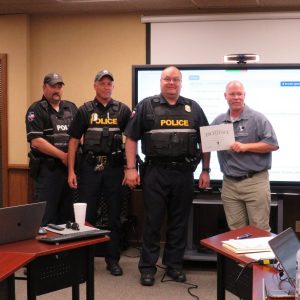