A memorial service will be held Saturday, July 27, 2019 at 1 p.m. at Vernon Baptist Church, with Rev. Gary Chapman officiating.

Sharon was born Nov 2, 1952, in Plattsburg, Mo. She was the daughter of late Oza Lee Mick and Laura Lorine Taylor Mick. She married Charles Edgar “Charlie” Coker in a traditional Native American Indian Wedding Ceremony during the Red River Renegade Memorial Day Black Powder Shoot held annually in Electra, TX, in May 1991. They were joined under their traditional Indian names of “Too Short” for her and “One Eye” for him. She was employed at North Texas State Hospital where she retired after 25 years of service. After retiring Sharon enjoyed crafting, crocheting, target-shooting, driving her golf cart, and her lake home, but most of all her family, friends, and of course her great-grandbabies activities!

Memorials can be made to Hospice of Wichita Falls in lieu of flowers. 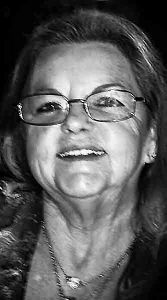