Frances was born in Eastland County on Aug. 10, 1935 to parents, Reginald Macdonald and Dona Estelle Matthews Reed. She met Howard Dean Quiett over watermelon at the park in Colorado City, Texas. They married in 1954 and recently observed their 65th anniversary. She supported her husband in the ministry as a Methodist pastor while also teaching school and raising a family.

Frances continued her faithful service to the Lord until her death. Involved in United Methodist Women, she also was a long-time member of the Chancel Choir, involved in the church quilters group, served on the scholarship committee, and was a member of the Winsome Sunday School class.

Frances was an artist who painted in oils and watercolors and was a member of the Vernon Art League. Her paintings won honors at juried art shows and were displayed at the Red River Valley Museum. Frances left a legacy of murals in the education wing of First United Methodist Church of Vernon. She also delivered for Vernon Meals-on-Wheels and was a volunteer docent at the museum.

She was preceded in death by her parents, a brother, Russell Reed and a sister, Janie Springstead. She is survived by her husband, Rev. Howard Quiett, daughter Cindy Woodard and husband Darrell, son Reggie Quiett and wife Marianne, and daughter Missy Mayfield and husband Britt, all of Vernon. Grandchildren surviving her include Adam Woodard of London, England, Kevin Woodard and wife Karina of Oxnard, Calif., Melynn Mayfield of Austin, Kelcey Quiett of El Paso, Kerri Quiett of Van Horn, Erika McLean of Abilene, Andrea Laminack of San Antonio. She also had three great-grandchildren and two more on the way.

Memorials may be made to the scholarship fund of the First Methodist Church of Vernon. 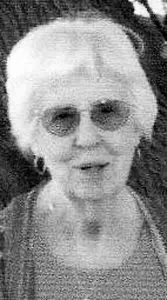