Janet Denise Bacon Everett, passed peacefully from this life to a life without pain, suffering, or worries, on Wednesday, March 18, 2020 in Kerrville, Texas. Janet was born on June 1, 1962 in Vernon, Texas to parents Joe Bacon and Juanita Matney Bacon. Janet grew up in Vernon, where she graduated from Vernon High School. She went on to attend and graduate from Texas Tech University an 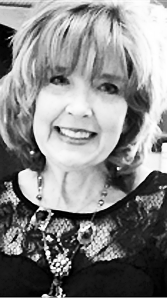 d she was a fi ercely loyal Red Raider all her life!Janet dedicated her adult life to helping others. In the mid 1980’s she moved to Fredericksburg, Texas where she began a career with Children’s Protective Services and later was the director for Hill Country Family Outreach. In 2001 Janet founded Outfi eld Angels, a non-profi t organization dedicated to educating about organ donation and assisting families / persons who received the gift of life.Janet’s body always created an obstacle for her, but most would never know of her internal battles. She was born with Cystic Fibrosis and not expected to survive childhood. Janet was the 4th recipient of a double lung transplant at The Dallas Presbyterian Medical Center in 1995. Five years later she faced the need for another transplant, because the anti-rejection drug had destroyed her kidney function. Janet was blessed to receive her 2nd gift of life in 2000, a kidney directed to her. In 2015 Janet learned she was the 3rd longest living transplant recipient in Texas. Through two generous gifts of life, Janet was able to continue her mission in life which was to give to others. In her continued spirit of helping others, she chose to donate her body to the U. T. Southwestern Medical School in Dallas. No doubt she will continue a work of education to help others who suffer from Cystic Fibrosis, as well as help us learn more about organ transplants. Janet’s beloved nephrologist Dr. Pariac Mulgrew said, “she entered the race to run a mile and instead she ran a marathon. She enjoyed the crowd along the way, but marathons are tiring….and now she must rest.” All of us who knew her will miss her sparkle and light in our lives!Janet is survived by a stepsister Patti Owen (Bill) of Amarillo, Texas, as well as by numerous extended family members and a host of wonderful friends. She was preceded in death by her parents and sister Linda.In keeping with Janet’s lifelong mission and to honor her memory donations may be made to The Ultimate Gift of Life at www.theultimategiftofl ife.com or to The Texas Organ Sharing Alliance at www.tosa1.org. Please be an organ donor in her memory!