Virginia Ann Herchman, 86, of Vernon passed away Friday, June 5. 2020. A memorial service will be held at a later time.
Virginia was born in Vernon on Dec. 23, 1933, daughter of the late Leslie Smith and Gladys Anderson Smith. Her paternal grandparents were early Wilbarger County settlers Charlie S. and Rosa Ella (Parks) Smith. She was the Queen of the Doan’s picnic in 1938 and was honored as Woman of the Year in 2014 by the Doan’s Picnic Association.
Virginia married the late Bobby Joe Herchman in 1951. They were married 36 years until his passing in 1988.
Virginia was a business owner in Vernon. She and Bobby owned and managed Pets And Things during the 1970s/80s. She retired from the financial sector, after working at Vernon Savings and Loan for R.B. Tanner and the Waggoner Bank Trust Department.
Virginia married Marshall Pylant in 1996. They enjoyed spending summer and fall in South Fork, Colo. where she could be found enjoying her flowers on the deck and watching the wildlife. She also spent time fishing, snowmobiling, four wheeling and rafting in Colorado.
Virginia was preceded in death by her parents and brother, Charles Smith of Wichita Falls.
She is survived by her husband, Marshall Pylant of the home, and their children: son, Michael Herchman (Stacy Quisenberry) of Vernon, daughter Nancy Johnson (Garey Dean) of Vernon, Eddie (Rena) Pylant of Ovilla, Becky (Mark) Terry of Abilene, and Drew (Jennifer) Pylant of Amarillo, and brother Joe (Betsy) Smith of Vernon. She is also survived by several grandchildren, great-grandchildren, nieces and nephews.
The family thanks Dr. Lehman and all the staff at Wilbarger General Hospital, Advanced Rehab, and Hospice of Wichita Falls. The family also extends their sincere thanks and appreciation to Penny and Otis for their care and support over the past few months. With their support, Virginia was able to remain at home, just where she wanted to be.
She will be remembered by dear friends in Vernon and in South Fork, Colo. She was a member of Western Trail Cowboy Church.
Memorials can be made to Hospice of Wichita Falls or service organization o 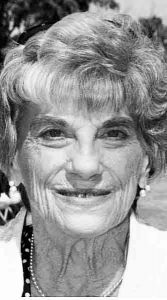