Gordon David Potter, Sr, 88., of Vernon, Texas passed from this earth Saturday, Jan. 9, 2021, two days shy of his 89th birthday.Funeral services will be held at 2 p.m. on Saturday, Jan. 16, 2021 at Sullivan Funeral Home Chapel, Vernon, Texas with Brother Ronnie Lawson officiating. Arrangements are under the direction of Sullivan Funeral Home. Visitation will be before the funeral at 1 p.m., also on Saturday, Jan. 16, 2021.The son of the late W.R. (John) and Olive Levell Potter, David w 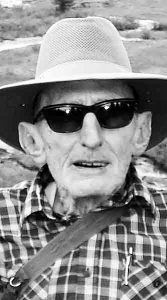 as born in Black Flat, Texas on Jan. 11, 1932. He was raised in Kamay, Texas and attended Valley View School. He married Jimmie Earline Armstrong of Rocky Point, Texas in l950 and celebrated 69 years of marriage before her passing in May of 2020. Together, they welcomed two sons, David, Jr. and Cecil.David worked in the oilfield industry for 70 years as a roughneck, roustabout, pulling machine operator, owner in Potter & Potter Well Service and as his own producer/operator. He worked for Waggoner Estate for 19 years where he earned his reputation as an expert in well service, performing any task asked of him in the oilfield.He and his wife, Jimmie, spent 30 years traveling coast to coast in their fifth wheel camper, based out of Menkhaven Lodge west of Antonito, Colorado. They developed friendships with 11 families who they traveled and camped with for many years. David and Jimmie attended Rock Crossing Baptist Church on the Waggoner Ranch for 55 years until its closing led them to First Baptist Church in Vernon, Texas. David loved attending church and lived a life that exemplified his love for the Lord. He served in many capacities at the Rock Crossing Baptist Church.David enjoyed spending time with his two grandchildren, D3 and Jenna. Some of their favorite memories spent with him include learning to drive in the Waggoner pasture or having a picnic lunch while taking a break from checking tank batteries. Summertime meant fishing/hiking trips in Colorado, and the love of fishing David shared with his grandchildren has been passed down to his great grandchildren, along with many memories and life lessons shared while wetting a line.The legacy David leaves is that of an exemplary husband and father with a gift of service and protection, endlessly devoted to his family and to helping others. He would help anyone along the road of life, from a deputy in need of assistance subduing an evading criminal, to pulling people out of a ditch in a snowstorm to stranded campers with vehicle trouble to a friend in need at his home. A true jack of all trades, he used his abilities in carpentry, plumbing, electrical, and automotive to the benefit of those lucky enough to know him. Loyal, steadfast, and loving every day of his life.He taught his son David Jr, starting about 8 yrs old, who passed on to his son/daughter, the simple lesson of “holding the light.” Over the years many, many things were learned “holding that light.” Also, he never let a family member leave his house or take a trip without asking them to call when they got to their destination. If something happened, he wanted to know which way to start looking.David is preceded in death by his parents, sister Nina, brothers W.R., J.W., Mack and son Cecil Potter. He is survived by son David Potter, Jr. and wife, Dawn, grandson Dr. David Potter, III and wife Anne, and granddaughter, Jenna and husband Dr. Kevin Sykes, great grandchildren Graham, Callahan and Crawford Potter, and Alice and William Sykes, his sister, Bessie and husband Ted Scott, brother Donnie Potter and wife Peggy. He is also survived by numerous nieces, nephews and extended family and friends who will mourn his passing and praise his new heavenly home and perfect body. They will rejoice in his reunion with wife Jimmie and Cecil along with so many other family members.For those desiring, memorial contributions may be sent to Hospice of Wichita Falls, 4909 Johnson Road, Wichita Falls, Texas 76310 or at 940-691-0982. Condolences may be sent to the family at www.sullivanhomevernon.com