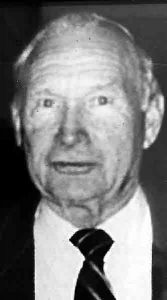 , 2021 at Eastview Cemetery in Vernon with Rev. Charles Nichols, officiating. Arrangements are under the direction of Owens & Brumley Funeral Home in Wichita Falls.Mac served in the United States Navy in WWII from 1944 to 1946 in the Pacific aboard the Gun Boat USS 456. He was awarded The Navy Unit Citation in New Orleans in 1946 for action in the Pacific. Mac re-enlisted in the Navy for stand by duty, and served for 14 years, 3 months and 24 days. On June 10, 1949, he married the love of his life, Anita Spruill in Wichita Falls. She preceded him in death in September of 2011. Mac was a life member of Post 4747 and The USS LCI National Association and a PLANK member of the USS LCI (Gun Boat) 456.Along with his parents and wife, he was also preceded in death by his brother, Kenneth; and his sister, Daphyn.He is survived by his son, Kenneth McClure and wife Mary; his daughter, Patrice Smith and husband Lloyd; six grandchildren, many great-grandchildren; and numerous nieces, nephews, family and friends who will miss him dearly.Condolences may be sent to the family at www.owensandbrumley.comJames