Alan Ray (Bo) Jones, 72, of Vernon, Texas died peacefully on Monday, March 1, 2021 surrounded by his family.Bo was born May 1, 1948 in Vernon, Texas. He was the son of Mary Jones and the late A.J. Jones. He attended Northside School all of his years before attending Tarleton State University where he earned a degree in animal science. While attending Tarleton, he met the love of his life Linda “Jeannie” Sellers and they married on March 28, 1970. After living in Stephenville and Fo 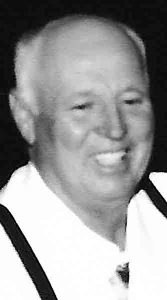 t Stockton, they settled in the Northside community where they made their home. Bo enjoyed a life-long career of farming and ranching, working side by side with his father and best friend A.J. Bo was a member of the Wilbarger County Young Farmers’ Association for many years, even after he was no longer a “young farmer”. He was honored to serve on the Northside School Board for 27 years, many years serving as President. He was extremely proud to have had four generations of his family attend Northside School. Bo also was a lifelong member of Fargo United Methodist Church where he served as Sunday School teacher and lay leader. On Jan. 15, 2005, he married Kara Kinsey and enjoyed many years with her.Bo is survived by his mother, Mary Jones, son, Bryan Jones, his daughter, Lanthia Lischka and husband Grant Lischka. His grandchildren, Bryan Jones, Jr. and wife Monisola Mustapha, Grace Lischka and Harper Lischka, great-granddaughter Hazel Jones, step-sons Matt and Adam Mize and four step-grandchildren, brother Charlie Jones, sisters Kay Fullerton and Betty Williams.He is preceded in death by his wife, Linda “Jeannie” Sellers, his wife, Kara Kinsey, his father, A.J. Jones and his sister, Carol Simonton.Memorials can be made to Fargo United Methodist Church or Northside Alumni Association.Services will be held at Sullivan Funeral Home with visitation with the family from 6-8 p.m. on Wednesday, March 3 and the service at 10 a.m. on Thursday, March 4, also at Sullivan Chapel.Online condolences may be made to the family at www.sullivanfuneralhomevernon.com.