Bobby Lee Daniel, 79 of Seymour, passed away Wednesday, April 7, 2021 in Seymour. Services will were held Friday, April 9, 2021 at 10 a.m. at the First Baptist Church.Burial was in the the Masonic Cemetery under the direction of Archer Funeral Home.Bobby was born Feb. 14, 1942 on the Hapgood Ranch near Bellvue, Texas, the 4th of 7 children born to Arthur and Lula Goodner Daniel. He married Anne Hobbs on July 14, 1961 in Henrietta. She preceded him in death in 2018. Bobby was a cowboy all his life, working for the Waggoner Ranch for 51 years, from 1965 until his retirement in 2016. He was the last of a long line of Daniel cowboys who had worked for the ranch starting in 1949. Bobby was also preceded in death by a daughter, Susan Young in 2008 and a son-in-law, Britt Hagerman in 2019 Survivors include 3 daughters, Staci and Terry Link of Wichita Falls, Sandy Hagerman of Seymour and Shannon and K.C. Green of Throckmorton; a sister, Caroline Landcaster of Matador; 9 grandchildren and 9 great-grandchildren.Visitation was Thursday at the funeral home. 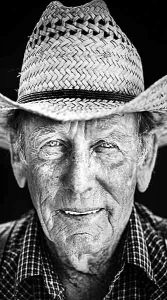