Alfredo De La Garza Torrez, 71 of Vernon, Texas died on Friday, April 9, 2021, in Wichita Falls, Texas.Services were Tuesday, April 13, 2021 at 10 a.m. at Sullivan Funeral Home Chapel. Interment was held at Wilbarger Memorial Park under the direction of Sullivan Funeral Home Chapel.Alfredo was born Tuesday, Feb. 21, 1950 in Mathis, Texas,. He was the son of the late Reyes Torrez and the late Maria De La Garza Torrez. He married Cinda Jolly on Sept.11, 1972 in Vernon, Texas. Alfredo loved going to the casino, and scratch off, he enjoyed playing softball. He was loved by many and he will be missed by all who knew him. He was a Baptist. Alfredo is survived by his wife Cinda Torrez of the home; three daughters, Michelle Morris of Vernon, Texas, Lucilla Alarcon of Wichita Falls, Texas., and Andrea Torrez of Tulsa, Okla.; three brothers, Richard Torrez of Vernon, Texas, Michael Torrez of Quanah, Texas, and Johnny Jolly of El Paso, Texas; fi ve sisters, Juanita Lopez of Oklahom 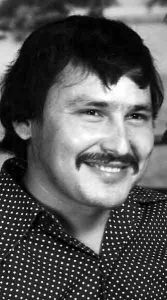 a City, Okla., Susie Diaz of Abilene, Texas, Rosa Leija of Fort Worth, Texas, Suzannah Hernandez of Vernon, Texas, and Silvia Brockman of San Angelo, Texas; numerous grandchildren and great-grandchildren.He is preceded in death by his parents, and one brother, Gilbert Torrez.Visitation was Monday, April 12, 2021 at Sullivan Funeral Home.Memorials can be made to Hospice of Wichita Falls.Online condolences may be made to the family at www.sullivanfuneralhomevernon