Kenny Eskamire, 71 of Seymour, passed away Tuesday, April 27, 2021 in Seymour.Services were held on Saturday, May 1, 2021 at 10:30 a.m. at the First Methodist Church with Rev. Ryan Ford and Rev. Frances Gonzalez offi ciating. Burial was in the Riverview Cemetery under the direction of Archer Funeral Home.Kenny was born December 1, 1949 in Clinton, Oklahoma to Caine (Kenny) and Lucille Medina Eskamire, Sr. He was a veteran of the United States Army serving in the Vietnam War and a recipient of the Bronze Star. Kenny worked for the North Texas State Hospital Vernon Campus for 20 years. He married Leah Hall on July 23, 2007 in Seymour. Kenny had a love for cars. He was preceded in death by his parents and 3 brothers.He is survived by his wife, Leah Eskamire of Seymour; 2 sisters, 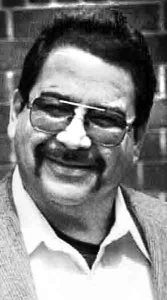 Frances Hampton of Frederick, Oklahoma and Juanita Stapleton and husband, Trent of Wichita Falls and numerous nieces and nephews.Visitation was Friday at the funeral home.