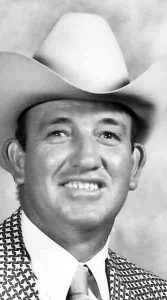 ey passed away peacefully
surrounded by loving family, at his home, on May 14,
2021.
Richard was born on October 15, 1936, in Claude,
Texas. He graduated from Claude High School in 1955.
He grew up on working ranches and spent the rest of
his life working as a Cowboy. During his early years,
he worked for four different ranches including the JA
Ranch (1955); the Matador Ranch (1956); the Fort Rock
Ranch in Arizona (1957), and the ORO Ranch in Arizona
(1958). In 1959, Richard was drafted into the U.S. Army
where he served two years with assignments at Fort Ord,
California and Fort Drum, New York.
Following release from his military service, Richard
settled down on the Waggoner Ranch in 1961 where he
worked as a Cowboy for a total of forty-two years. He
met the love of his life, Gayle McIlroy Kelley, while
living in the bunkhouse at Zacaweista – the Waggoner
Ranch Headquarters. Following their courtship, they were
married at Rock Crossing Baptist Church on November
26, 1966. Richard and Gayle lived at both Zacaweista
Headquarters and the Fulda line camp where they spent more than twenty-one years.
Throughout their marriage, Richard and Gayle were active with their church family.
At the Rock Crossing Baptist Church, Richard served in every offi cial (and unoffi cial)
capacity except for preacher. He was a song leader, deacon, Sunday School teacher,
treasurer, secretary, and he was also known to volunteer as Santa Claus on occasion for
the kids. In later life, Richard and Gayle joined the First Baptist Church in Vernon where
Richard served as a deacon. In addition to all this, Richard is also a 32nd degree Mason.
Richard is survived by his wife, Gayle Kelley, his sister-in-law, Janice Kay Smith, and
numerous nieces, nephews, and “adopted” sons and daughters. He was very much loved
and respected – he will be sorely missed. Donations can be made to a charity of your
choice in remembrance of Richard.
Funeral services for Richard will be held Wednesday May 19, 2021 at 1 pm at First
Baptist Church with Mike Klappenbach offi ciating under the direction of Sullivan Funeral
Home. Burial will follow at the Eastview Cemetery.