Brian Keith Pounds, pastor of Vernon’s First Assembly of God, was arrested Friday, July 16, 2021 on a felony charge of sexual assault of a child. Pounds was reportedly taken into custody at around noon at a Wichita Falls hospital by Texas DPS Rangers. 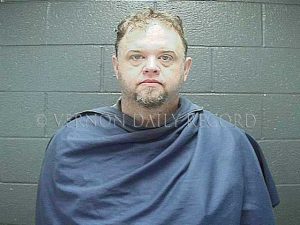 Pounds was booked into the Wichita County Jail on a Vernon Police Department warrant related to an incident that allegedly occurred on July 1, 2021, according to Vernon Police Chief Randy Agan. On that date a witness reported that Pounds was in the company of a juvenile female at a Vernon motel.

Vernon Police initiated an investigation, and evidence corroborating the event was allegedly obtained. Pounds has been pastor of the Vernon church since 2011 and also reportedly serves as chaplain for the Tyson Foods plant in Vernon. Computers at the church and plant were reportedly seized in relation to this investigation.

Investigators prepared a warrant with the Wilbarger County Justice of the Peace on Monday, July 12 and his arrest has been sought since that date. Pounds is being held in the Wichita County Jail on a $200,000 bond.

This is an ongoing investigation and anyone with information about this incident or similar incidents is urged to contact the police department at 940-553-3311.

More information on this story will be in the next print edition of the Vernon Record.