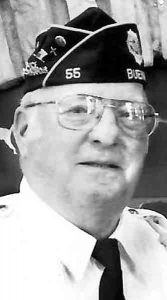 eral Home. Graveside services will be held at a later date at the Pikes Peak National Cemetery in Colorado Springs, Colorado.Reggie was born on October 15, 1932, in Keysville, Virginia. He was the son of Graham Henry Nelson, Sr. and Lula Eggleston Nelson. He married Gertraud “Judy” Nelson on June 11, 1955 while stationed in Germany. He proudly served 23 years in the U.S. Air Force as a flight engineer and traveled all around the world. He earned the Air Medal for his service in Vietnam. He supported numerous military organizations and was a lifetime member of the American Legion. He was also a member of the Western Trail Cowboy Church. He loved to read, watch Nascar, fish and spend time with his family.Reggie is survived by his wife, Judy; daughter, Lori (and Jerry) Meurs of Vernon; son, Fred (and Linda) Nelson of Doswell, Virginia; three grandchildren, two great grandchildren and one great-great grandchild, Heather, Jared, Adam, Lance, Isabella and Luna. He is also survived by two brothers, his twin, Richard Nelson and Graham Nelson, Jr.He is preceded in death by his parents, sister, Minnie Perkinson, and brother, Paul Nelson.Memorials can be made to Hospice of Wichita Falls, 4909 Johnson Rd., Wichita Falls, TX 76310 or The Wounded Warrior Project, PO Box 758516, Topeka, KS 66675Reginald