Vernon emergency personnel responded to a fully engulfed structure fire on Tuesday, Aug. 17 at around 5:45 p.m. in the 2700 block of Olive Street. A fire investigator is expected on scene later this week to investigate the fire, which is being called suspicious. See more information in Wednesday’s print edition. 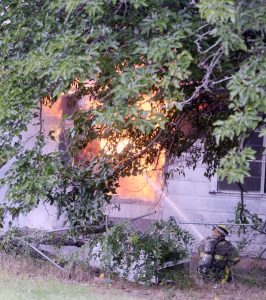