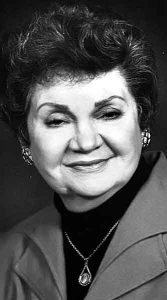 reet Church of Christ with Don Crawford offi ciating. Interment will be held at Wilbarger Memorial Park under the direction of Sullivan Funeral Home.Karen was born Jan. 25, 1941, in Beaumont, Texas. She was the daughter of the late Wilbur Chiles and the late Bernice Price Chiles. She grew up in Beaumont, where she graduated from South Park High School in 1959 as class valedictorian. She studied art at Lamar University in Beaumont and later at Abilene Christian University in Abilene, Texas, where she graduated cum laude in 1963 with a degree in Art Education. That same year, she met and married James Shannon on September 2 and moved to his hometown of Vernon, Texas. They resided there until October 2016, when they relocated to Lubbock, Texas to live near their son.While attending college in Beaumont, Karen worked as a rural mail carrier for the USPS. After moving to Vernon, her primary occupation was as a wife and homemaker. In 1979, Jim and Karen became the owners and operators of Central Market until closing its doors in May of 1995. Karen was a member of the Wilbarger Street Church of Christ, serving as teacher of children’s classes for many years. She is survived by a daughter, Melanie Shannon of Lubbock; a son, David Shannon of Lubbock; a brother, Chris Chiles of Houston; a niece, Denise Chiles Pyron and her husband Gary of Katy, Texas; great-nieces Kathryn, Bailey and Holly Pyron, all of Katy, Texas; numerous cousins and lifelong friends who were part of her extended family.She was preceded in death by her husband, Jim, and a daughter, Kelli Lee Shannon.Memorials can be made to Tipton Children’s Home, P.O. Box 370, Tipton, Okla. 73570.Visitation will be Thursday, Sept. 30, 2021, from 6 p.m. to 8 p.m. at Sullivan Funeral Home.For the safety of family and attendees, the family requests that Covid protocols be observed.Online condolences may be made to the family at www.sullivanfuneralhomevernon.comKaren