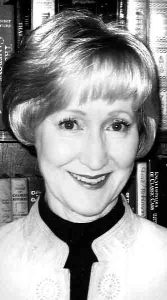 igh School in Bonham, Texas, in 1969. She received a Bachelor of Arts degree in 1973 from East Texas State University, now Texas A & M Commerce, and a Master of Music Education degree from Midwestern State University, Wichita Falls, Texas, in 1975. She married James Edward Pennington July 23, 1985, in Euless, Texas.Vicki’s professional career began at Iowa Park High School, where she taught music. She then spent twenty-fi ve years as Music Instructor at Vernon College. She directed the music programs at First United Methodist Church of Vernon, where she remained a member. She had published numerous compositions for voice and handbells. She taught private voice and piano lessons. Vicki earned many accolades for her work. She was chosen Woman of the Year by both the Business and Professional Women and Vernon Council of the Arts. Perhaps her favorite was the letter of commendation written to the Vernon Daily Record following her choral performance in New York City’s Carnegie Hall under the direction of British composer-conductor John Rutter.Tireless in her promotion of the arts, Vicki was a devoted civic servant. She acted in local theatre productions, promoted music in the public schools, and sang frequently as a favorite soloist. She served as past president and board member for Community Concerts, Vernon Council of the Arts, and Musicians Club. She was a member of Yamparika Club, Red River Valley Museum Guild, The 1945 Book Club, and a charter member of Western Trail Chapter of Daughters of the American Revolution. She was a volunteer for Meals on Wheels. Vicki was elected to two terms on the Vernon College Board of Trustees.Preceding Vicki in death were her parents, Maeda and James Henry Davis of Mount Pleasant, Texas. Surviving are her husband, Jim, sons Christopher Parker Pennington and Andrew Edward Pennington, brother Brian Davis, sister Robin Alsop, niece Shannon Smith, nephew James Aaron Davis, great nephews Wyatt James Davis and Gabe Weston Davis.Funeral services were held at 11 a.m. on Saturday, Oct. 2, 2021, at First Presbyterian Church of Vernon, Texas. The Rev. George Records, pastor of First Presbyterian Church, offi ciated. Interment followed in Eastview Cemetery. Arrangements were under direction of Sullivan Funeral Home.