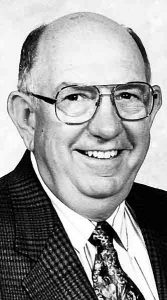 her” McCormick, 91, of Snyder, Lamesa, and Abilene, passed away Wednesday, October 24, 2021, in Abilene. A graveside service will be conducted Wednesday, November 3, at 10:00 a.m. in the Hillside Gardens Cemetery, Snyder. Beecher was born October 20, 1930 in Snyder, Texas, to Claude and Violet McCormick. He grew up in Snyder during the depression, World War 2, and the Snyder oil boom of the late 1940s where he learned to work hard and make friends. He graduated from Snyder High School while working in the family business, McCormick and Sons Oil Company. Shortly after high school Beecher enlisted in the United States Marine Corps and served in Korea, reaching the rank of Sergeant. In 1953 Beecher returned to Snyder and within a short time met Joye Graham whom he married in 1955. Shortly thereafter the newlyweds moved to Lamesa and, in partnership with is brother, Keith, operated McCormick Oil Co. for 36 years. In 1993 Beecher and Joye retired and moved to Abilene. During Beecher’s adult life he fi lled leadership rolls in the Lamesa Church of Christ, and the Oldham Lane Church of Christ where he served both congregations as a deacon and elder. He served on the Board of Trustees for Lubbock Christian University for many years and made several trips to Africa to help establish new congregations of Christians. In addition to operating McCormick Oil Co. with his brother, Keith, Beecher also had interests in farming, real estate, oil and gas, and newspaper publishing. For many years he served on the Board of Directors for the Roberts Publishing Co. Beecher is survived by his wife of 66 years, Joye Graham McCormick and brothers Claude McCormick, Jr, and Keith McCormick; sister Linda Heath. He was preceded in death by brothers Bobby And Billie McCormick. He is survived by daughter Debra Marcell and her husband, Eddie Marcell, of Ovilla, Tx.; daughter Pam Koontz and her husband, Dan Koontz, of Addison, Tx.; Judy Parish and her husband, Eddie Parish, of New Orleans, La.; grandchildren: Joshua Marcell and wife Margot, Ashlee Marcell Lee and husband Matt, Zane Marcell and wife Amanda, Graham Koontz and wife Carli, Grady Koontz, Bristol Parish and Arizona Parish. Beecher is also survived by great-grandchildren: Kaitlin Marcell, Gracie Mae Lee, Jackson Lee, Cora Lee, Finnian Lee, Lena Lee, Henry Marcell, and Anson Marcell. Pallbearers will be Joshua Marcell, Zane Marcell, Matt Lee, Grady Koontz, Bret McCormick, and Blaine McCormick. Beecher was a loving husband, father and friend. He never met a stranger and was always ready with a quick smile and a good story. In lieu of fl owers the family requests a donation to the High Plains Children’s Home, PO Box 7448, Amarillo, Texas 79114 or visit hpch.org. Please write Beecher McCormick on the memo line so the family can express its appreciation for the gift.