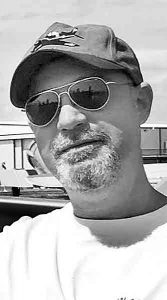 Jon Michael Townson was born October 3, 1975 in Vernon, Texas. Jon resided in Vernon at the time of his death and had been employed as a service technician at Wal-Mart.Services will be Friday, December 3, 2021 at 10 a.m. at First United Methodist Church under the direction of Sullivan Funeral Home. Offi ciating will be Rev. Anthony Inman.He graduated from Newman Smith High School in Carrollton Texas Class of 1994, where he was involved in sports and theater activities. After graduation he attended Collin County Community College in Plano Texas. He was part of the set and stage crew in High School and Community College theater productions. Jon had the opportunity to travel to Washington DC and work on a theater production at Kennedy Center staged by CCCC.For many years Jon worked for Cherry Air at Addison Airport as a dispatcher and Flight Following Supervisor. That role was most in line with his personal interests of all the jobs he held over the years. He was an avid enthusiast of all thing’s aviation, mostly WWII “Warbirds”. Jon’s happiest hours were spent at airshows and volunteering at Cavanaugh Flight Museum in Addison TX. He had the opportunity to serve as crew on these rare planes and got to fl y in historic airplanes that most people only dream about.Jon is survived by his parents, Roger and Cheryl Townson of Vernon, brother Dane Townson and nephews Braxton and Oliver of Wichita Falls as well as numerous cousins and family members and a wealth of friends.The family requests that memorials be given to Cavanaugh Flight Museum, 4592 Claire Chennault, Addison, TX. 75001 or your favorite charity in Jon’s name.Online condolences may be made to the family at www.sullivanfuneralhomevernon.com.Jon Michael TownsonPaid3x6.5Wichita