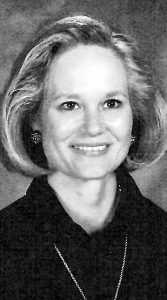 died of Parkinson’s disease on Monday, Nov.
29, 2021, in Lubbock, Texas.
There will be no service at this time.
Donna was born Thursday, June 7, 1951 in
Brownfield, Texas. She was the daughter of the late
Grady Warren and the late Irene Thurman Warren. She
graduated from Denver City High School in 1969 and
was a graduate from Texas Tech University in 1972
with a BS in Elementary Education. She married J.
Michael Terrell on Feb. 5, 1972 in Seminole, Texas.
Donna was a public-school teacher for thirty years in
Kansas, Oklahoma, and Texas. She retired from
Vernon Independent School System. She was a
member of First United Methodist Church of Vernon,
Texas.
Donna is survived by her husband of forty-nine
years Mike Terrell of the home, sons, James Terrell
and wife Hollie of Felton, Calif. and David Terrell and
wife Marisa of Southlake, Texas; five grandchildren, Ellery Juniper, Harper, Madison
and Mathew.
She is preceded in death by both her parents and three brothers, Denny Austin, Mark
Warren, and Grady Phillip Warren.
Online condolences may be made to the family at www.sullivanfuneralhomevernon.
com.