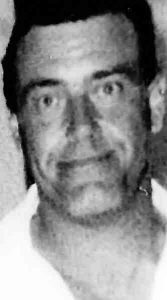 Rex Allen Barnes, 49 of Vernon, Texas, passed away on Monday, Dec. 13, 2021 in Galveston, Texas after a brief illness.There will be no memorial service at this time, per Rex’s wishes. Rex was born Sunday, May 28, 1972, in Vernon, Texas. He was the son of Ricky and Sherry Barnes. He married Heather Myers in 1991 and she preceded him in death in 2006. He then married Jacqueline Denton in 2011 and she preceded him in death in 2013. Rex was a self-employed mechanic and roofer. Rex is survived by his parents Ricky and Sherry Barnes; one son, Derrick Barnes of Vernon, Texas; one daughter Vivica Barnes of Vernon, Texas; his grandchildren, Levi Barnes, and Heather Barnes both of Vernon, Texas, Ryan Barnes of Houston, Texas; two brothers P.J. Barnes of Victoria, Texas and Mike Barnes (Jen) of Sheffi eld Village, Ohio.He is preceded in death by his paternal grandparents Tom and Haddie Barnes and maternal grandparents O.J. and Dorothy Walker.Memorials can be made to St. Jude’s Children Hospital. Online condolences may be made to the family at www.sullivanfuneralhomevernon.comRex