William Randal “Randy” Jackson, 70, died
Saturday, February 5, 2022, in Bedford, Texas with his
family by his side.
Randy was born May 18, 1951, in Vernon, Texas, to
Billy Bob and Francis Jackson. Randy loved working
on hotrods, guns, and spending time with his family.
After graduating from Vernon High School in May
of 1969, he went on to study Diesel Mechanics and
Diesel Fuel Injection at South Plains College in
Levelland, Texas.
Randy married Barbara Milner Jackson on
December 23, 1969. The two were married 52 long
and beautiful years, this past December. They were
blessed with two beautiful daughters, Brandy and Tera.
After graduating, Randy worked for Gordon Tidmore Chevrolet and Krebs Motor
Company. In 1980, Randy opened Randy Jackson Automotive, where he served the
public with great pride and appreciation. Many years later, he became the diesel
technician for Vernon Independent School District and ended his working career at
North Texas State Hospital, when he retired in June of 2014.
Those left to cherish his memory will remember his infectious smile, quick wit, and
ability to fix or repair anything that moved.
Randy is survived by his wife, Barbara, daughters and son-in-law, Brandy and Hans
Larson and Tera Jackson, his grandson Trevor Hardeman and wife Lizzy,
granddaughter Danyale Hurd Jackson, his great grandson, Xaven Hardeman, his sister
Valerie Dillard, one aunt, Ruth Jackson, several nieces, nephews, cousins, and all his
fur babies. Randy is preceded in death by his parents, Billy Bob and Francis Jackson,
and his grandparents Mr. and Mrs. J.W. Jackson, Sr. and Mr. and Mrs. Ballard F.
Ramsey.
Visitation was held at Sullivan Funeral Home in Vernon, Texas on Wednesday,
February 9, 2022. At a later date, the family will hold a memorial service to share
memories, honor, and celebrate the life of Randy.
Memorials can be made to Diabetes Foundation, Lockett High School Scholarship
Fund at Vernon College or favorite charity.
Online condolences may be made to the family at www.sullivanfuneralhomevernon.com 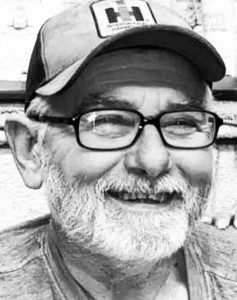