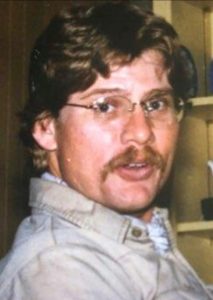 David Daniel Singleton went to be with Our Lord and Savior on Feb. 10, 2022. He was born Jan. 5, 1957 in Falls Church, Virginia. When he was young, David’s family moved to Lake Jackson, TexasDavid had a rich childhood typical of the 60’s in south east Texas: dodging mosquitoes, playing catcher on his little league baseball team, running around the neighborhood with his beloved Collie, Susie. He also spent plenty of hours participating in successful  shing and hunting trips with his Dad. It was on these trips that his love of the outdoors was instilled in him. He married his bride, Pauline, in 1986 and at that same ceremony was bequeathed his beautiful bonus child, Angela. Two years later, the family was complete when Rebecca was born. To grow their cattle business, together they chose to embark on a thrilling adventure and moved to Vernon, TX in 1992.David’s passions were reading, mentoring, welding; he was a cattleman, skillful builder, historian and raconteur. He loved problem solving, and things that required deep thinking such as mathematics, astronomy and archology. David was an entrepreneur at heart and founded a variety of businesses including Padco Genetics, Singleton Livestock, Pease Valley Livestock, Red River Rhino Linings, and Red River Ranch Supply. David was a important part of the community, he loved living in Vernon and had many deep friendships. He served on the Vernon Chamber of Commerce for several years, was a longtime member of the Texas Cattleman’s Association and was a member of Calvary Baptist Church. David was preceded in death by his parents, Harold & Daisy Singleton. He is survived by his wife, Pauline Singleton; daughters Angela & husband Shaun McClain and Rebecca and husband Brad Fenter; siblings Elaine Batiste, Shar and husband Butch Smith and Carol Williamson as well as two delightful granddaughters, Jade and Piper McClain who knew him as “Pappy”. Also, multiple nieces and nephews.He lived a full life, was greatly loved and will be deeply missed. Family received friends at Calvary Baptist Church in Vernon, Texas, Tuesday, Feb. 15 with visitation at 10 a.m. and the memorial service following at 11 a.m. Although they appreciate  owers, the family would treasure donations to Calvary Baptist Church & Samaritans Purse.